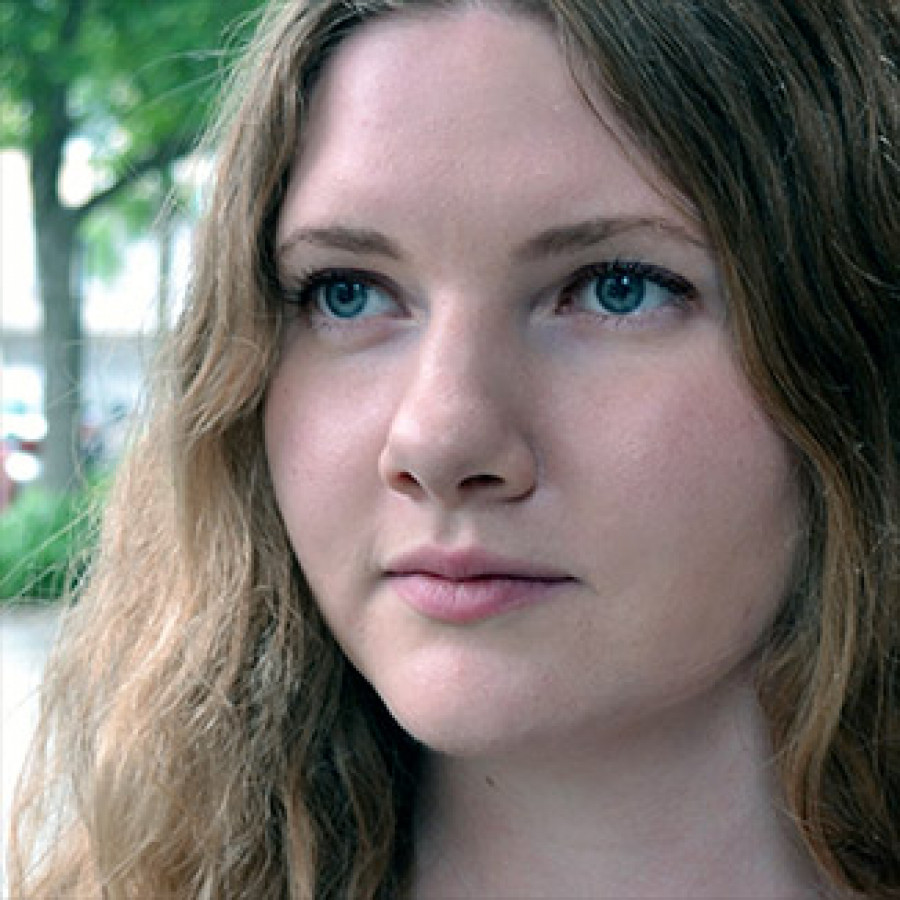 Clara Congdon is an emerging artist based in Montréal. She creates tactile, hand-stitched drawings and artist’s books as a record of her experience, often focusing on the ways in which that experience is shaped by the socially constructed notion of gender. Congdon holds a BFA from NSCAD University, where she received the Margó Marshall Award for Textiles. Congdon has recently exhibited at the Anna Leonowens Gallery in Halifax, The Red Head Gallery in Toronto, and Galerie Monastiraki in Montréal. Her artist’s book Want to buy some illusions? is currently featured in Art of the Book 2018, a travelling exhibition of work by members of the Canadian Bookbinders and Book Artists Guild.

I create hand-stitched drawings and artist’s books as a record of my lived experience, often focusing on the ways in which that experience is shaped by the socially constructed notion of gender. Using processes and materials traditionally marked “feminine,” I also visually interpret the work of writers and performers who examine gender-based oppression and challenge the gender binary.

Textile is my primary medium, as it inherently situates the work within the history of occupational segregation and the classification of textile-based labour as “women’s work.” Textiles also refer directly to clothing and the body, the politicization and policing of which are central concerns of my practice. The surfaces of my fabric collages are often patch-worked together from pieces of worn garments, and hand-embroidered using thread that has previously held together seams. I am interested in the ways in which a body is carried as a burden, as described by feminist writers such as Susan Bordo and Roxane Gay. Through my embroidered depictions of the major bone groups and vital organs, I have sought to unlearn shame by claiming ownership of my politicized body.

I am inspired by local and international drag artists who use their own bodies to mock, subvert, expose and exaggerate the confines of gender binarism. As an ode to the characters these artists create, I have been building tactile, layered portraits of their signature faces using appliqué and unconventional embroidery techniques. Victoria Sin, a non-binary drag performer based in London, was the subject of my first drag portrait. Like myself, they were struck by the empowered embodiment of femininity they witnessed the first time they saw a drag show. They have since developed a high-femme drag persona that both examines and parodies cultural constructs of femininity while expanding the contemporary definition of drag itself.

My long-term Calendar Series project is a living archive that chronicles my day-to-day exploration of these and other themes through miniature quilts. I assign myself a different prompt each month, then proceed to document each day accordingly on a two-inch square of cloth or paper. At the end of the month, I stitch all the squares together. One month was documented by stitching the headline that appeared most frequently on my phone’s news app each day. Another month, I stitched the name of a woman or non-binary creator whose work I consumed. In May 2018, I simply taught myself new embroidery techniques by practising a different type of stitch each day. As time passes, the calendars remain as evidence of my evolving thoughts, experiments, projects, relationships, concerns, and observations.
Scroll to Top